Are you looking for a cheap Deeply wetsuit?

Borasurfar is a partner of Deeply and we can help you to save on your next purchase with our promocode Deeply.

Save 10% on Deeply
COPIED
BORASURFAR COPIED

Founded in 2004, in the city of Porto, Deeply is the most respected Portuguese surf brand in its segment.
Since its origins, when a group of surfers decided to venture into creating a brand of wetsuitsto the present day, the connection with the surfing community allows Deeply to listen to and understand surfers' needs. So every year, and with each new collection, Deeply has the opportunity to adapt, and perfect, the construction of its wetsuits. Making them the best option for the average surfer.

In its team, Deeply has some of the best European surfers, such as Vasco Ribeiro, Maxime Huscenot, Lucía Martiño (surf), João Guedes (giant waves), Daniel Fonseca and Manuel Centeno (bodyboard), among others. During the year, Deeply athletes test the materials in a variety of conditions, and give their feedback so that they can be perfected for the next collection.

In addition to these, Deeply also considers the opinion of its customers, and partners, such as surf schools, who help, and play a fundamental role in the process of developing the best wetsuit on the market.
And so, we make the connection between Deeply and Borasurfar, two Portuguese brands, which seek to innovate, improve and facilitate the complex world of a surfer.

How to choose Deeply wetsuits? 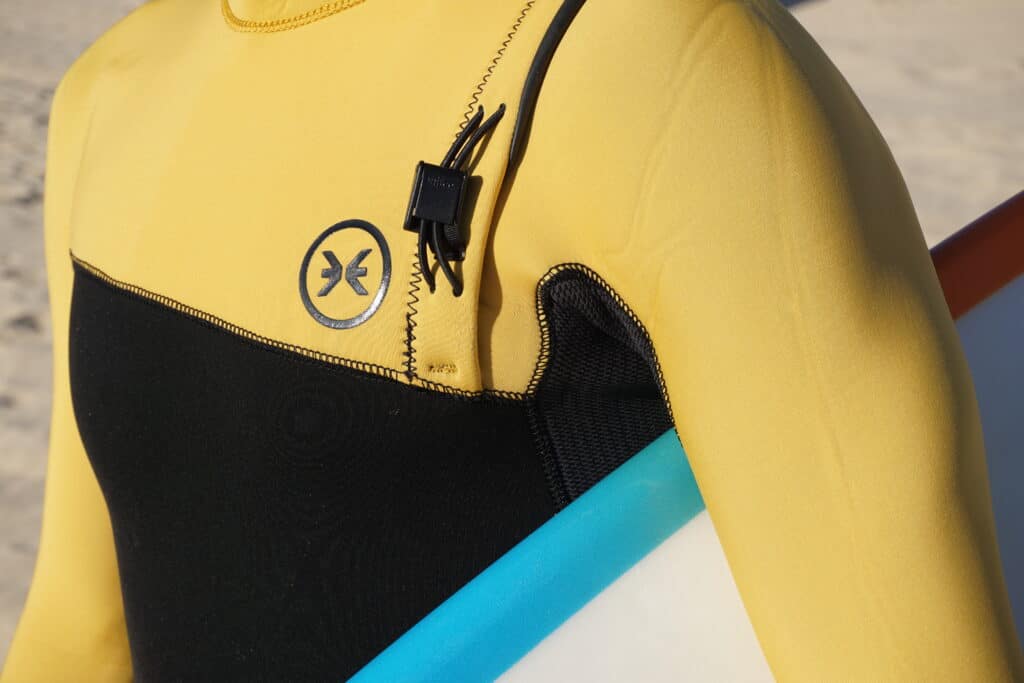 Deeply: how to choose the new wetsuits models?

In the process of choosing the ideal wetsuit, we should take into consideration 3 main factors, which are, the temperature we are going to surf (thickness), the surfing level (flexibility), and how much we are willing to pay (price).

Generally, all these factors are variable, and they never complement each other perfectly. A winter suit, for example, is warm and comfortable, however, its flexibility decreases. Fortunately, Deeply has Graphene technology, which allows for warmer suits, without losing flexibility, however, the price also increases.

In this case, it is best to use the promocode "BORASURFAR", where you will have a 10% discount on all wetsuits from Deeply.
You can also buy second hand wetsuits, a service offered by Borasurfar, where besides saving money you are also helping the environment.

But with so much complexity in choosing a surf wetsuit, let's address it point by point.

What are the different ranges? 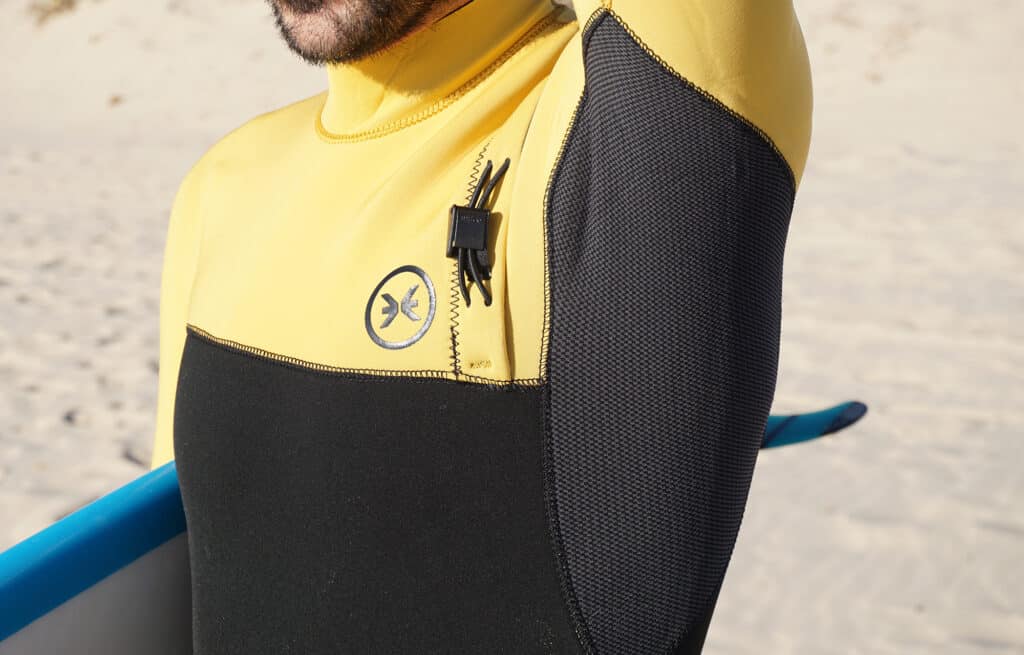 The Limitless range is focused on performance. Here you will find the most flexible wetsuits that give you the mobility you need for a more progressive surfing style. It is also in this range that you will find wetsuits with Graphene technology. These wetsuits stand out for their flexible material, and thinner, without losing the warmth of the hottest wetsuits. 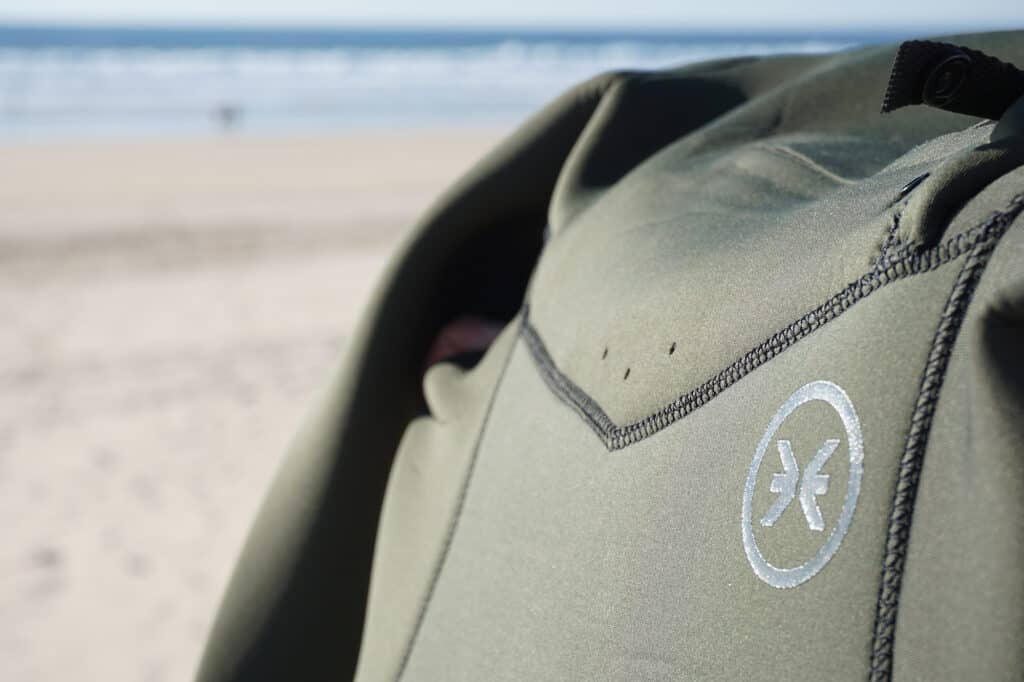 There is also the Explorer Range. The focus is on the surfer looking for comfort and durability in his wetsuit. These wetsuits have greater resistance, and keep the body warmer for longer.

What temperatures do you surf? 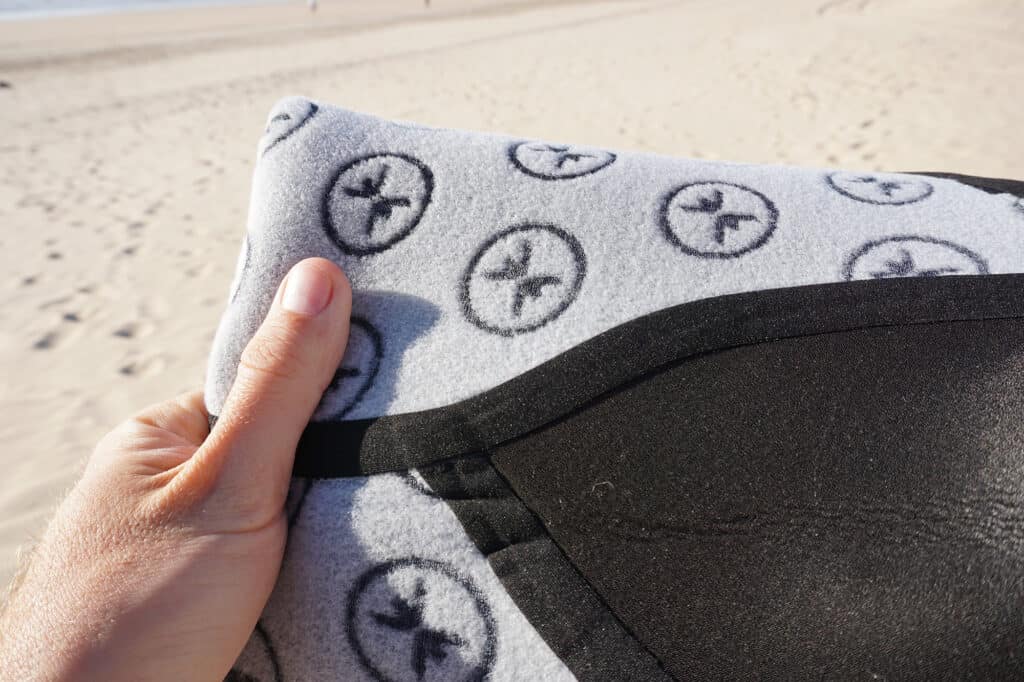 Knowing the temperature of the water you're surfing in is essential. It will influence your choice of wetsuit thickness.
It's important to highlight that Deeply wetsuits have fur on the inside, which makes them warmer than other competing brands. At Deeply you can find wetsuits with 4 different thicknesses. The 2/2, are the suits for summer, or mild climates, with water temperatures above 18ºC, or ambient temperature above 26ºC. The flexibility is immense, and in terms of mobility you don't feel like you're wearing a suit.
The 3/2 thickness is ideal for the Portuguese summer, and transition between hot and cold seasons. We advise the use of this suit in waters around 14.5ºC, or ambient temperature above 20ºC.

Like the 2/2 suit, the 3/2 is also very flexible, and keeps the body temperature stable. They are ideal for warm seasons. In Portugal, during the summer, and in the months of September and October, when the water is warmer.

Next we have the most used thickness in Portugal, the 4/3 suits. These suits not only keep you warm in winter. Being recommended in water temperatures around 12ºC, and ambient temperature above 8ºC, these wetsuits maintain the flexibility that will make you comfortable while surfing. Still, during paddling you will already feel some loss of flexibility, something you get used to with time.

To finish, the 5/3 suits. These are ideal for the coldest days of the year, or winter mornings. If you wear this suit, you must be aware that it will take away flexibility, so your physical endurance, and strength must be up to date. Still, if you're looking for an extremely warm, and comfortable suit for the colder days, this is the ideal solution.

Read our article "What is the best thickness of suit for surfing in Portugal?"

You also have another option. If you want the quality of the Deeply suits, but without spending so much money, you can buy a second-hand suit.

Besides being a way to save financially, you will reduce your environmental impact. You can visit the Bora Surfar website here, where you will find all the used wetsuits that you can buy second hand. 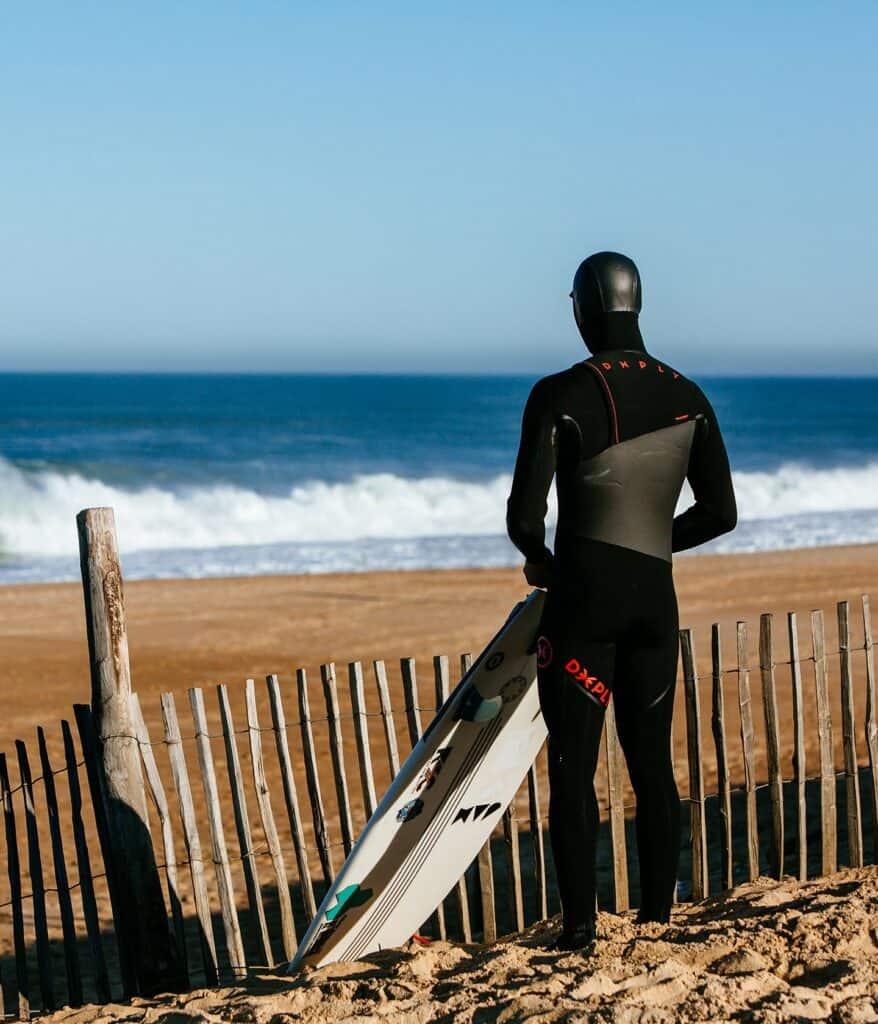 If you're really looking for a new wetsuit, you can still use our Deeply promotional code, where you'll get 10% off all products.

With the promocode "BORASURFAR"you will have access to promotions throughout the entire Deeply website, you just need to add the promocode Deeply during checkout.

Surfing wetsuits are certainly Deeply's main focus, yet you can still find several surf-related products. Skateboards, bodyboards, surf accessories, clothing and swimwear are some of the examples. On all these products you can use the promotional code.

What size is my surfing wetsuit?

Deeply doesn't have physical shops where you can try on a wetsuit, so the question that remains is, what size suit do I need?

It's very simple, you just need to know your height and weight. Deeply provides a measurement chart, which illustrates in a very simplified way the size of the suit you should use.

Deeply promo code to take care of your suit 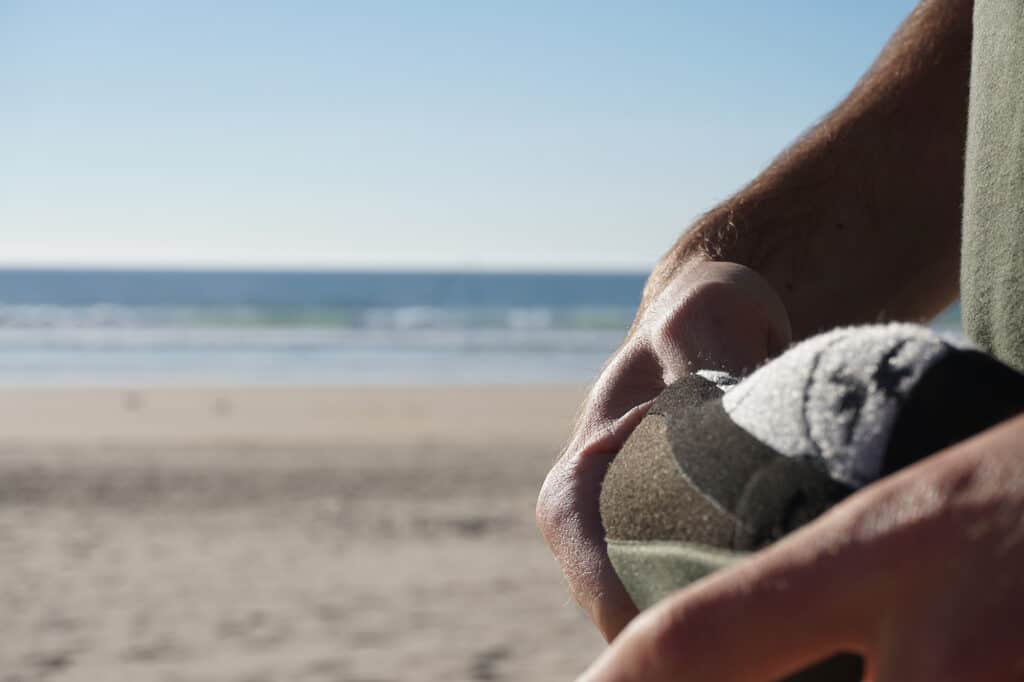 There are a few things you should take care of with your surfing wetsuit in order to prolong its quality.

After each surf you should rinse your wetsuit in fresh water, if possible leave it in a bucket of water with fabric softener for a few seconds. You should not leave the wetsuit out to dry in the sun. Since Deeply suits have the fast-dry system, drying the suit in the shade is easier. In winter it is more difficult to dry your suit, but you can place it next to a heater to speed up the process, but NEVER let the suit touch the heater.

Read our article "3 tips to extend the life of your surfing equipment"
What is the best promocode at Deeply?

What is the best Deeply wetsuit?

The Limitless range is the most innovative and offers more mobility. The Explorer range is more universal and versatile.

You can read more in our article: Deeply: how to choose the new wetsuits models?

Which promo code Deeply to choose?

To get an additional -10% discount you can use our promo code Deeply "BORASURFAR".